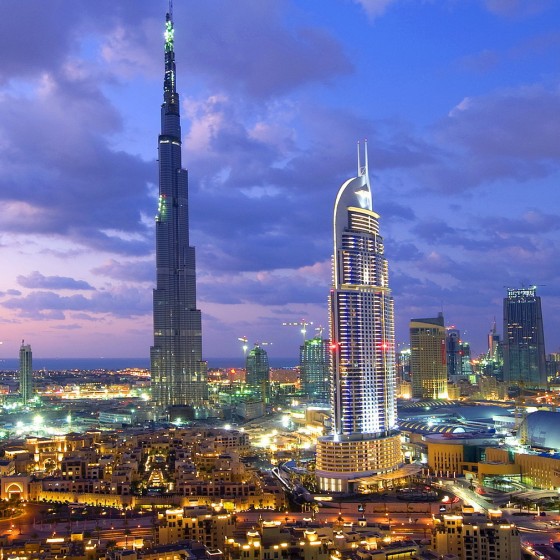 Live and Work in Dubai or Abu Dhabi

Live and Work in the United Arab Emirates

The UAE, short vor United Arab Emirates, is a fantastic place to live in, escpecially for families. Its safety and abundance of leisure offers is amazing and due to its tax free living, it is becoming more and more popular with foreign firms and entrepreneurs. The term "from rags to riches" still applies in this beautiful country and there are many selfmade millionaires in Dubai and Abu Dhabi. Combine this with the perfect climate and year round sunshine and you will probably never want to leave this charming country.

UAE is a federation of 7 Emirates, with Dubai and Abu Dhabi certainly being the best known. The other Emirates are Fujairah, Ajman, Sharjah, Ras Al-Khaimah and Umm Al-Qawain.

The capital of the UAE is not (as many suspect) Dubai but Abu Dhabi. Abu Dhabi is also the emirate with by far the largest oil reserves in the UAE, while Dubai generates the largest share of its revenues from tourism and other businesses.

Considering the worldwide current events, the level of security in the Arab world is always rated negatively. But this is a big misconception if you look at most of the GCC countries. Especially the UAE has the, probably, most strict Immigration Laws worldwide and in the most recent survey, Abu Dhabi was declared the safest city in the world. In the same survey, Dubai landed on an excellent 10th place, well ahead of European cities like Hamburg, Barcelona, Vienna or Romet.

The true Islamic law is enforced, which simply means: No crime tolerance - no violence! People are being expelled merely for starting a fist fight.

Living and Working as a Woman

There is a widespread opinion that women in the United Arab Emirates have no rights, have to veil themselves and are not allowed to drive. This couldnt be more far from the truth. Women here are enjoying all freedom when it comes to dressing, working, driving and human rights. Quite contrary to common belive, women in the UAE are greatly respected and have the same rights as men in their home and at work. Of course there is a certain amount of restraint when it comes to partying and nudity, as it is a Muslim country after all. But, especially, foreign women will never feel uncomfortable when walking the streets dressed in a miniskirt or beach shorts.

Again, the Fake News are persevering. YES, eating pork and drinking alcohol is forbidden for Muslims. But this applies only to Muslims. Non-Muslims can buy both pork and alcohol in various shops. And if you do not feel like cooking, why not book a table at Brauhaus Abu Dhabi or at the Hofbräuhaus in Dubai? There are plenty of cool bars and nightclubs and many find the clubbing scene to be much better than in Europe. Drinking alcohol in public is prohibited in any case. However, they enforce the same law in the USA and it is certainly not a bad idea..

According to the "Cost of Living Index Rate" by Numbeo, Abu Dhabi is currently holding rank 270 out of 508. By comparison, the cost of living in German cities like Düsseldorf (place 68), Frankfurt (place 86), Hamburg (place 105) and even Heidelberg (place 179) are far more expensive. Dubai occupies the 198th place in this ranking and is thus still more favorable than the aforementioned German cities and just before the Austrian capital Vienna on the 196nd place.